A dominant second-half performance in wet conditions saw the All Blacks beat England 24-21 at Twickenham on Saturday, writes SIMON BORCHARDT.

Billed as a dress rehearsal for next year's World Cup final, it was New Zealand who showed why they won't easily relinquish their crown. They withstood an early England onslaught and then took control after the break when heavy rain began to fall. They played the game in the right part of the field and would have won by a greater margin had Aaron Cruden and Beauden Barrett not had off-days with the boot.

England, though, will look at the final score and believe this was a game they could have won. They will rue missed scoring opportunities in the first half when they had most of the ball, and a high penalty count in the second when they didn't.

The hosts made an explosive start to the match when they went wide to Jonny May, who rounded Conrad Smith and then beat Israel Dagg on the outside to score a try in the left-hand corner.

They should have scored again soon after when a kick ahead sat up perfectly for May, but instead of offloading to Owen Farrell on his inside the winger was penalised for not releasing the ball after being tackled by Dagg. England then blew another try-scoring opportunity when, following wave after wave of attack, Mike Brown failed to collect Kyle Eastmond's perfectly-timed pass with an open line in front of him.

The All Blacks had kicked a lot early on, and it was a good up-and-under from Aaron Cruden, collected in the air by Ben Smith, which led to their first try. They then kept the ball in hand and went wide to Jerome Kaino, who cut back inside, broke a tackle and got within a couple metres of the England line. With England's two defenders closest to the ruck focused on Aaron Smith, Cruden ran a good line and went over from close range.

While both conversions were missed, Farrell was on target with two penalties and Cruden one, which saw England lead 11-8. The hosts suffered a setback during this period when Courtney Lawes left the field after taking a knock to the head, which left them with their fifth and sixth-choice locks.

The All Blacks had just 40% possession and territory in the first 25 minutes, but were able to create another try-scoring chance when Ben Smith broke away and found Sonny Bill Williams. But instead of going to ground 5m out, the midfielder made a one-handed offload that allowed England to regain the ball and relieve the pressure.

Cruden and Farrell then kicked penalties late in the half to make it 14-11 at the break.

The All Blacks flyhalf missed a penalty early in the second half, but his team went in front soon after when, after a strong runs from Kieran Read and Owen Franks, the ball went to Dagg on the blind side, with Richie McCaw doing well to collect a poor pass and score in the left-hand corner. Cruden missed the conversion.

England were fortunate not to concede a third try when they failed to secure the ball at a ruck on their line and George Whitelock dived on it. TV replays showed that while he was onside, he had knocked on.

The All Blacks were reduced to 14 men on the 56-minute mark when Dane Coles lashed out with a boot after having his jersey pulled by Dylan Hartley.

Barrett, on for Cruden, missed a simple penalty attempt, before Williams broke away and was tackled just short of the line. But England transgressed at the ruck and Barrett made it 19-14, with New Zealand being restored to 15 men a minute later.

Charlie Faumuina looked to have put the result beyond doubt when he scored from a pick and go, following a patient 22-phase build-up, but a strong England scrum with a minute to go saw them awarded a penalty try.

There was still time for the restart, but Chris Robshaw knocked on and the final whistle went.

A lack of time on the paddock for the Springbok back three... END_OF_DOCUMENT_TOKEN_TO_BE_REPLACED

Let attacking prowess decide the outcome of a crunch tie rather than... END_OF_DOCUMENT_TOKEN_TO_BE_REPLACED

With Cobus Reinach ruled out of the upcoming series against Wales, DYLAN JACK... END_OF_DOCUMENT_TOKEN_TO_BE_REPLACED

Rassie Erasmus has made the most calculated of public job applications to... END_OF_DOCUMENT_TOKEN_TO_BE_REPLACED

Cheslin Kolbe’s big-money move to Toulon should be welcomed as a massive... END_OF_DOCUMENT_TOKEN_TO_BE_REPLACED

The opportunity to play against the All Blacks is a career highlight... END_OF_DOCUMENT_TOKEN_TO_BE_REPLACED

SARugbymag.co.za identifies six of the best and worst foreign players to play... END_OF_DOCUMENT_TOKEN_TO_BE_REPLACED

As highlighted by the Argentina controversy, ‘cancel culture’ needs a spoonful of... END_OF_DOCUMENT_TOKEN_TO_BE_REPLACED

The problems at Western Province Rugby are layered, and everyone involved needs... END_OF_DOCUMENT_TOKEN_TO_BE_REPLACED

After a massive exodus of players the Vodacom Bulls will be eager... END_OF_DOCUMENT_TOKEN_TO_BE_REPLACED

For the Boks to emerge as World Cup winners, they need to... END_OF_DOCUMENT_TOKEN_TO_BE_REPLACED
VIEW MORE 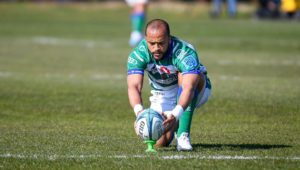