South Africa’s rugby bosses need to admit they got it wrong in appointing Allister Coetzee and they need to advertise the position of Bok coach, writes MARK KEOHANE.

Endless reviews will be meaningless and a further waste of time.

Saru president Mark Alexander finally said something in public after the Boks’ historic first-ever defeat to Italy. He did it via a press statement.

It was a start, as Alexander hasn’t uttered a word since being elected. At least he has now said something.

But what he said was the equal of telling us a band-aid had been applied to the Springboks. The situation requires more drastic steps.

Coetzee simply isn’t good enough. He wasn’t good enough and his appointment should not have happened. His inexperienced and naive support staff are equally out of their depth.

The consequence is the worst ever calendar year in Springbok history, which concludes against Wales this Saturday.

Coetzee, alone, should not be in the firing line. Those who felt him the best to lead the Springboks to the top of rugby’s summit should be the first to acknowledge their mistake and go.

You and I know this is never going to happen. The turkeys at Saru never vote for Christmas and they aren’t going to have a change of mindset in 2016.

Realistically, the fall guy has to be Coetzee, who simply can’t put together a Springbok team capable of meeting the challenge of a unit with ambitions to be a top-three presence.

Coetzee constantly has defended his player selections, the Bok game plan and results that are more infamous than famous.

Coetzee called it a dark day when his Boks lost to Ireland in Cape Town. He said the performance was unacceptable for a Springbok team.

He called it a dark day when the Boks lost to the Pumas in Argentina and said the public were right to expect better results when the Boks for the first time lost all their overseas Rugby Championship matches.

Coetzee was again at a loss for words with the record-breaking 57-15 home defeat against the All Blacks in Durban.

All he could offer was another apology and confirmation that it was his darkest day as a coach and among Springbok rugby’s darkest days.

Coetzee refused to accept he was not good enough. He told the media he was the man for the job and that he had no regrets. He said he had the support and backing of the players and of those who appointed him.

He insisted the Boks were a match away from turning the disaster into delight.

The 31-all draw against an inexperienced Barbarians side required another of those 78th-minute escapes.

The defeat against England was as emphatic as the whipping against the All Blacks, if slightly more bearable a scoreline.

The Boks led England 6-nil and then trailed 30-9 after 55 minutes. A late Bok score (when trailing 37-16) couldn’t mask the dire state of the Boks.

But nothing could prepare the country’s rugby supporters for defeat against an Italian team that a week previously had lost 68-10 to the second-string All Blacks, nicknamed the ‘Bambino Blacks’ because the core of the team was so young.

The Italians are rebuilding a team. It is the most inexperienced Italian team in more than a decade and they were coming off one of their heaviest home defeats in recent times.

The Boks, in experience and player quality, should have been 20 points better on a poor day.

They were lucky to lose by two and the game ended with the TMO denying Italy a try and the Italians poaching the ball from the subsequent lineout.

It was more pitiful than disgraceful.

Coetzee afterwards maintained the players believed in him. He said he had not lost the support of the dressing room.

This is small consolation because he has lost the support of the greater South African rugby public.

He described the result as his lowest coaching moment and the darkest day in his coaching career in a year that has been among the darkest in Bok rugby’s history.

Coetzee has no answers to justify his continuation after the latest beating.

Coetzee, the Boks and Saru must part ways and the position of Bok coach must be advertised and the process has to be transparent.

The rugby public in South Africa is at least owed this much after the horror of 2016.

Put it out there and see who applies and then take it from there, because those within Saru who earmarked Coetzee and refused to entertain the job being advertised aren’t equipped to make such a rugby call.

A lack of time on the paddock for the Springbok back three... END_OF_DOCUMENT_TOKEN_TO_BE_REPLACED

Let attacking prowess decide the outcome of a crunch tie rather than... END_OF_DOCUMENT_TOKEN_TO_BE_REPLACED

With Cobus Reinach ruled out of the upcoming series against Wales, DYLAN JACK... END_OF_DOCUMENT_TOKEN_TO_BE_REPLACED

Rassie Erasmus has made the most calculated of public job applications to... END_OF_DOCUMENT_TOKEN_TO_BE_REPLACED

Cheslin Kolbe’s big-money move to Toulon should be welcomed as a massive... END_OF_DOCUMENT_TOKEN_TO_BE_REPLACED

The opportunity to play against the All Blacks is a career highlight... END_OF_DOCUMENT_TOKEN_TO_BE_REPLACED

SARugbymag.co.za identifies six of the best and worst foreign players to play... END_OF_DOCUMENT_TOKEN_TO_BE_REPLACED

As highlighted by the Argentina controversy, ‘cancel culture’ needs a spoonful of... END_OF_DOCUMENT_TOKEN_TO_BE_REPLACED

The problems at Western Province Rugby are layered, and everyone involved needs... END_OF_DOCUMENT_TOKEN_TO_BE_REPLACED

After a massive exodus of players the Vodacom Bulls will be eager... END_OF_DOCUMENT_TOKEN_TO_BE_REPLACED

For the Boks to emerge as World Cup winners, they need to... END_OF_DOCUMENT_TOKEN_TO_BE_REPLACED
VIEW MORE 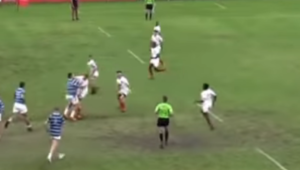