At the start of this Vodacom Super Rugby season, it’s the ambitious new-look Sharks who have dazzled and delighted from a South African perspective. Central to this has been the carefree swagger from Mr Weekend Special himself, Aphelele Fassi.

The talented 22-year-old has taken his game to the next level, playing with empowered confidence and a natural ability that has set him apart as one of the real standout players so far this year.

It’s no wonder that he’s rocketed on to the Springbok radar, with reports over the weekend suggesting that he’s in line to receive his first national cap when the world champions face Georgia in July.

READ: Fassi, Simelane to be Boks?

A call-up to the next level for Fassi would make complete sense at this time, with the Springboks’ mid-year fixtures providing an ideal opportunity to spread their player net a little wider.

As the Springboks look to press the reset button as a new chapter begins after last year’s World Cup success, they will have identified a few positions where they need to build some depth.

The enigmatic Willie le Roux, still just 30 years old, will undoubtedly remain the Boks’ first-choice fullback for the foreseeable future, but new Bok coach Jacques Nienaber and director of rugby Rassie Eramus will know that reliable backup is required sooner rather than later.

Warrick Gelant travelled to the World Cup as the ‘second’ fullback in the squad, but has again endured a mixed start to the season with the embattled Vodacom Bulls. Damian Willemse also offers another option at 15, but has been focusing on flyhalf with the Stormers so far this campaign.

In a national context, Willemse may well be viewed as a fullback, but when the Boks run into battle against Scotland and particularly lowly Georgia, they will want to test the rest.

This is where Fassi comes in. Blessed with a big boot, searing sidestep and abundant natural ability, he looks born for higher honours. It would be the perfect time this July to integrate him into the Bok set-up and continue to hone those prodigious talents.

One of the key factors in the Boks’ World Cup success last year was based on a expertly refined selection policy that identified the key ingredients necessary for national reward.

Along with all the requisite skills, one of the ‘intangible’ factors was essentially guts and gumption, with the Bok coaches taking kindly to players with courage, character and a dash of X factor – think Cheslin Kolbe.

It’s also in this context that Fassi fits the bill. Yes, he boasts all the natural attributes of a multi-talented ball player, but his sensational form this season has also been complemented by a fearless factor.

Fassi may have relative height on his side, but he is by no means a hulking, bruising fullback. He is lean and mean. The young star looks to relish the physical exchanges, and fearlessly runs the ball into contact.

It’s Fassi’s work rate, top form and fearlessness that would have undoubtedly endeared him to the Bok coaches.

If fit and in form, Le Roux would be expected to wear the No 15 jersey when the British & Irish Lions tour South Africa next year, but the Boks will want to look even further ahead. There is a need over this next four-year cycle to identify and escalate the progression of a player with as much promise as Fassi.

Make no mistake, for all his ability, the youngster remains a raw gem that needs further refinement, and the ultra-professional Springbok environment will provide the means for him to take his game to the next level.

If Fassi can continue to fine-tune his defence, aerial abilities and kicking game, there is little doubt that he will remain very much part of the national coach’s plans for the Lions tour and the lead-up to the next World Cup.

Wales are first on the menu for the Springboks in 2022 and,... END_OF_DOCUMENT_TOKEN_TO_BE_REPLACED

The 2022 Currie Cup final being decided by the country’s smaller unions... END_OF_DOCUMENT_TOKEN_TO_BE_REPLACED

Damian Willemse and Frans Steyn won't play in the first Test between... END_OF_DOCUMENT_TOKEN_TO_BE_REPLACED

Jesse Kriel's experience and versatility make him a big asset for the... END_OF_DOCUMENT_TOKEN_TO_BE_REPLACED

Rassie Erasmus has made the most calculated of public job applications to... END_OF_DOCUMENT_TOKEN_TO_BE_REPLACED

Cheslin Kolbe’s big-money move to Toulon should be welcomed as a massive... END_OF_DOCUMENT_TOKEN_TO_BE_REPLACED

The opportunity to play against the All Blacks is a career highlight... END_OF_DOCUMENT_TOKEN_TO_BE_REPLACED

SARugbymag.co.za identifies six of the best and worst foreign players to play... END_OF_DOCUMENT_TOKEN_TO_BE_REPLACED

As highlighted by the Argentina controversy, ‘cancel culture’ needs a spoonful of... END_OF_DOCUMENT_TOKEN_TO_BE_REPLACED

The problems at Western Province Rugby are layered, and everyone involved needs... END_OF_DOCUMENT_TOKEN_TO_BE_REPLACED

After a massive exodus of players the Vodacom Bulls will be eager... END_OF_DOCUMENT_TOKEN_TO_BE_REPLACED

For the Boks to emerge as World Cup winners, they need to... END_OF_DOCUMENT_TOKEN_TO_BE_REPLACED
VIEW MORE 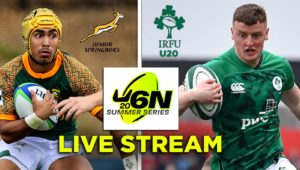