Frans Steyn’s impact as a player and a leader could be what propels the Sharks to new heights in 2014, writes JON CARDINELLI.

Jake White will be a happy man. This Saturday, the Sharks scored a 31-16 bonus-point win over the Bulls in Durban. The Sharks may have pushed 50 had their forwards and backs dovetailed more consistently, and perhaps this is why White will be smiling today. The Sharks scored four tries without playing to their potential. They will only grow stronger from here.

A number of individuals made a statement; no one more so than Springbok centre Frans Steyn. The Sharks No 12 appears to be relishing his role as a senior player at the Durban franchise and enjoying the backing of White.

Much has been said in the pre-season regarding White’s working relationship with Pat Lambie, and how that extra attention will ensure that Lambie improves his flyhalf play. The same could be said of Steyn, as White has always managed to bring the best out of a player considered by most to be an enigma.

There have been some encouraging signs that Steyn will add value to both the Sharks and Boks in the coming years. Steyn’s performance in the 2013 Currie Cup final against Western Province was hugely influential. His showing against the Bulls was another highlight which went a long way towards securing the result for the Sharks.

White has declared that Lambie will play 10 and Steyn 12 for the duration of the season. It is the belief of the World Cup-winning coach that these players must specialise in one position rather than continue as utility backs.

White has given the pair his backing, and demanded that they live up to the responsibility. This Saturday, Lambie and Steyn were excellent, as individuals and as a 10-12 combination. More than that, they showed the necessary composure and leadership to suggest that this Sharks side may indeed have the makings of a championship-winning team.

Steyn’s skill has never been in doubt. He made his mark on his first tour with the Boks in 2006, helping South Africa end a nine-year losing streak at Twickenham. A year later, he nailed two drop goals to secure victory in a Tri-Nations clash against Australia at Newlands. Several months on, Steyn kicked the winning penalty in the World Cup final.

The difference between the Steyn of 2007 and the Steyn of 2014 is significant. He’s more than a maverick these days, more than just a man who strives for the exceptional. He's now the first-choice player, and while there is still an expectation to produce something special in an individual capacity, his responsibilities include marshalling and boosting those around him.

Lambie’s growth under White will be important in a national context. White has encouraged Lambie to take the ball to the gain line, and the Sharks' coaching staff has worked to improve his kicking game. It is hoped that Lambie will be a stronger, more complete player when he arrives for Test duty later this year.

Steyn's continued growth will be just as important, and it will help that he is working under his former mentor. While injuries and a loss of form limited his Test appearances in 2012 and 2013, he is highly rated by Meyer and will form part of the national squad in the next two years. This was confirmed in January when Saru announced that he had been contracted to the end of 2015.

At the start of the 2012 season, Meyer told me that Steyn was up there with Sonny Bill Williams in terms of his distribution, running and defence. Meyer also prized Steyn's prodigious kicking boot, and went as far to say that Steyn would be an asset to the Boks in future.

If Steyn remains fit, he will present Meyer with a well-rounded midfield option. Not only does the player have the physicality and the kicking game to benefit the Boks in the more tactical battles, but the vision, execution and composure to be effective when the game is less structured. We saw this on Saturday when a beautifully judged chip kick set up Sharks team-mate Odwa Ndungane for a brilliant try.

Steyn's leadership was also evident in that match, and he will play a defining role in the Sharks’ campaign. White will succeed in bringing the best out of Steyn, and that is only going to strengthen the Boks’ bid for the No 1 Test ranking later in they year.

There's nothing like a record victory against the All Blacks to give... END_OF_DOCUMENT_TOKEN_TO_BE_REPLACED

The Springboks are having a hard time transitioning from 2019 world champions... END_OF_DOCUMENT_TOKEN_TO_BE_REPLACED

Women’s rugby should not be sacrificed at the altar of ‘inclusivity’, writes... END_OF_DOCUMENT_TOKEN_TO_BE_REPLACED

The rivalry between the Springboks and All Blacks will enter unfamiliar territory... END_OF_DOCUMENT_TOKEN_TO_BE_REPLACED

Kurt-Lee Arendse ticks all the right boxes to replace the injured Cheslin... END_OF_DOCUMENT_TOKEN_TO_BE_REPLACED

Rassie Erasmus has made the most calculated of public job applications to... END_OF_DOCUMENT_TOKEN_TO_BE_REPLACED

Cheslin Kolbe’s big-money move to Toulon should be welcomed as a massive... END_OF_DOCUMENT_TOKEN_TO_BE_REPLACED

The opportunity to play against the All Blacks is a career highlight... END_OF_DOCUMENT_TOKEN_TO_BE_REPLACED

SARugbymag.co.za identifies six of the best and worst foreign players to play... END_OF_DOCUMENT_TOKEN_TO_BE_REPLACED

As highlighted by the Argentina controversy, ‘cancel culture’ needs a spoonful of... END_OF_DOCUMENT_TOKEN_TO_BE_REPLACED

The problems at Western Province Rugby are layered, and everyone involved needs... END_OF_DOCUMENT_TOKEN_TO_BE_REPLACED

After a massive exodus of players the Vodacom Bulls will be eager... END_OF_DOCUMENT_TOKEN_TO_BE_REPLACED

For the Boks to emerge as World Cup winners, they need to... END_OF_DOCUMENT_TOKEN_TO_BE_REPLACED
VIEW MORE 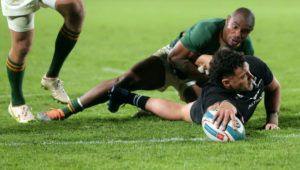