It’s time to shake up the status quo and deliver an aligned global season, writes JON CARDINELLI in the latest SA Rugby magazine.

The Covid-19 crisis has forced various unions to make significant cutbacks over the past few months. It’s also prompted everyone to face up to the harsh realities about tournaments and structures that have been mediocre for some time.

The game cannot afford to plod along as it did before the devastating coronavirus outbreak. The powers that be have to find innovative ways to generate more interest and revenue. They also have to consider how the careful management of players will make for a more attractive and lucrative product.

Newspapers and websites have been inundated with proposals and ‘10-point plans to save rugby’. A large number of erudite and respected rugby folk – from Clive Woodward to Ian McGeechan – feel that the crisis has presented the game with an opportunity and that the time is right to align the hemispheres in a global season.

Why are we still talking about the global season as if it’s a far-fetched idea? The game has been professional for a quarter of a century. Why haven’t the rugby hierarchy taken this idea seriously and formulated a pragmatic solution that will suit all the relevant parties?

Ideally, you’d want to start the season with regional tournaments before progressing to the Test schedule. Play the Super Rugby and northern regional tournaments – like the Champions Cup and European Challenge Cup – concurrently over a three-month period, and then move into the international season, which would run from June to November.

That would see the schedule running according to the current southern-hemisphere season, where mid-year tours are followed by the Rugby Championship – and the Six Nations in the north – and finally by the traditional November tours. The domestic competitions – English Premiership, Currie Cup and so on – could run at the same time as the international season.

Why should the northern nations sacrifice their international season, though? It’s a fair question. The Six Nations generates a lot of interest and revenue year after year. Indeed, the north may well have cause to demand that the struggling south makes the bigger sacrifice in a new era for the game.

Keep the Six Nations in the same window then, but shift the tournament out to March and April to accommodate a two- to three-month rest and conditioning block. Run the Rugby Championship concurrently. The Sanzaar nations are used to competing in Argentina, Australia, New Zealand and South Africa at that time of the season in Super Rugby.

The obvious problem with the second scenario is that it divides the international season and doesn’t allow top Test players to spend an extended period with their clubs in tournaments like Super Rugby and the Champions Cup. Somewhere along the line, there will be a similar situation to what was experienced prior to the Covid-19 outbreak whereby Test coaches and clubs are fighting for players at key stages of the season.

Are these problems insurmountable? I don’t think so. If the key decision-makers go into this process with the right attitude and devote themselves to finding a solution, everyone in the game will benefit. If the teams in the north – and particularly the big clubs in England and France – refuse to see sense, everyone will continue to suffer.

The Covid-19 crisis has hit the sport hard, but it has also presented an opportunity. It would be a shame if those with the power to make a change and serve the global game opted to protect the status quo and look after their own interests.

*This article first appeared in our June magazine, which is now on sale

A lack of time on the paddock for the Springbok back three... END_OF_DOCUMENT_TOKEN_TO_BE_REPLACED

Let attacking prowess decide the outcome of a crunch tie rather than... END_OF_DOCUMENT_TOKEN_TO_BE_REPLACED

With Cobus Reinach ruled out of the upcoming series against Wales, DYLAN JACK... END_OF_DOCUMENT_TOKEN_TO_BE_REPLACED

Rassie Erasmus has made the most calculated of public job applications to... END_OF_DOCUMENT_TOKEN_TO_BE_REPLACED

Cheslin Kolbe’s big-money move to Toulon should be welcomed as a massive... END_OF_DOCUMENT_TOKEN_TO_BE_REPLACED

The opportunity to play against the All Blacks is a career highlight... END_OF_DOCUMENT_TOKEN_TO_BE_REPLACED

SARugbymag.co.za identifies six of the best and worst foreign players to play... END_OF_DOCUMENT_TOKEN_TO_BE_REPLACED

As highlighted by the Argentina controversy, ‘cancel culture’ needs a spoonful of... END_OF_DOCUMENT_TOKEN_TO_BE_REPLACED

The problems at Western Province Rugby are layered, and everyone involved needs... END_OF_DOCUMENT_TOKEN_TO_BE_REPLACED

After a massive exodus of players the Vodacom Bulls will be eager... END_OF_DOCUMENT_TOKEN_TO_BE_REPLACED

For the Boks to emerge as World Cup winners, they need to... END_OF_DOCUMENT_TOKEN_TO_BE_REPLACED
VIEW MORE 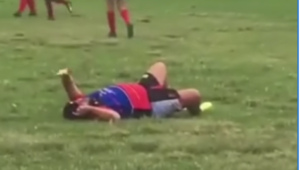