Rassie Erasmus was spotted in the crowd when Scotland played England at Murrayfield two weeks ago. South Africa’s director of rugby was in Edinburgh to observe Scotland, who will face the Springboks in a two-Test series this coming July.

I’ve no doubt that the Bok coaching team will continue to watch the 2020 Six Nations tournament with interest. The Boks will face Italy, Ireland, France and Wales when they tour Europe this November. Next year, they will host the British & Irish Lions – a team comprised of star players from England, Ireland, Scotland and Wales.

France have been the most improved side on show this year. They made an early statement when they beat England and then claimed a bonus-point win against Italy.

It’s in the coming round, however, where France will show whether they are serious title contenders or not.

The game in Cardiff marks their first away fixture in 2020. They will travel to Scotland in round four before returning to Paris in round five for  a potential title-decider against Ireland.

England were fortunate to leave Paris with a losing bonus point in round one, and failed to impress in admittedly challenging conditions at Murrayfield in round two. They’re still in a position to win the title, though, when one considers their draw. 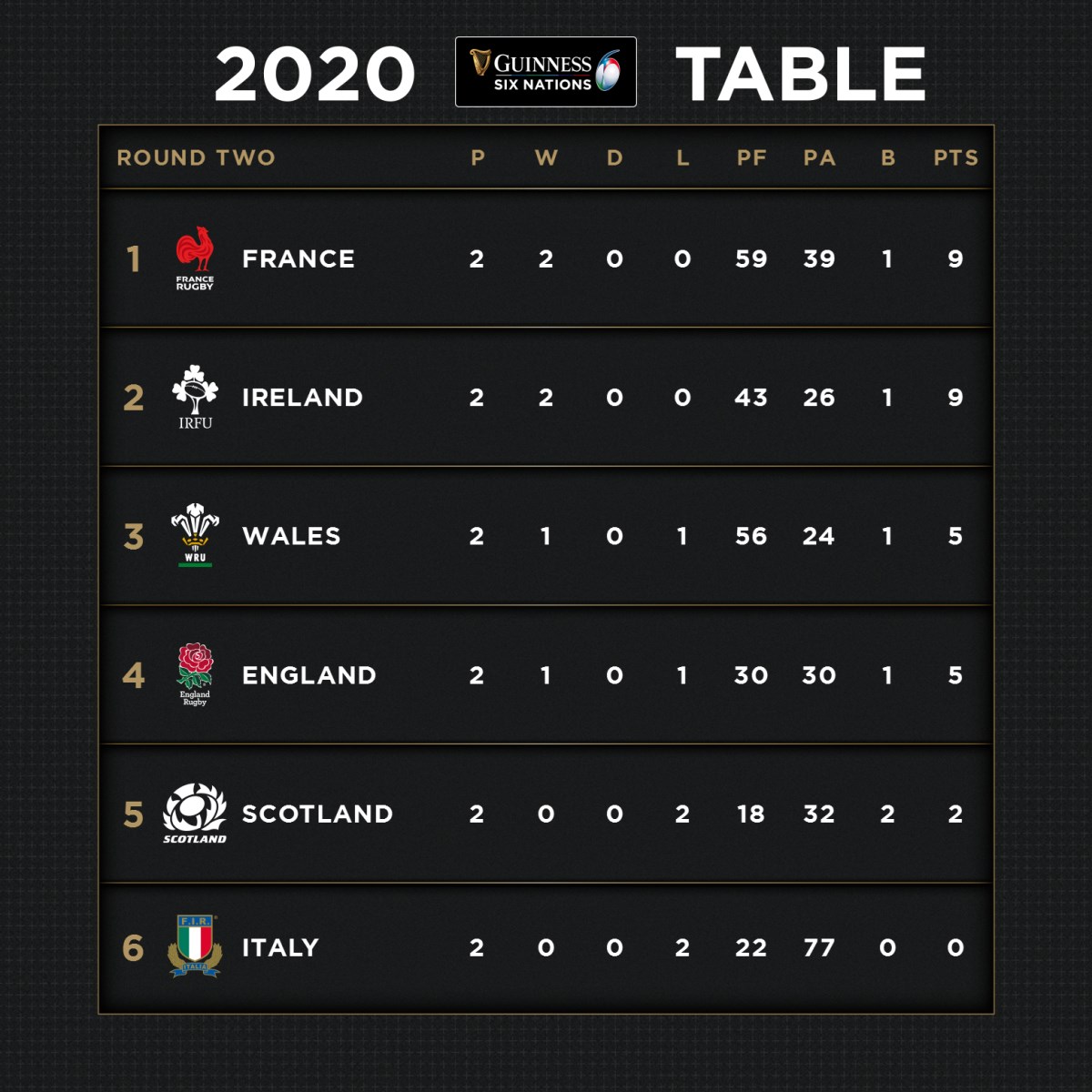 Much will hinge on the outcome of the clash at Twickenham this Sunday. If England beat Ireland – and deny new coach Andy Farrell a Triple Crown – they will strengthen their own bid for silverware.

England will host Wales – who still appear to be settling under new coach Wayne Pivac – in round four before travelling to Italy in round five. That latter fixture may present a chance to claim a try-scoring bonus point. Italy have conceded 77 points and 10 tries in two matches.

Eddie Jones will be watching the clash in Cardiff this Saturday with interest. If France beat Wales, they will travel to Scotland the following week with a fantastic opportunity. If they win both of those matches, they will go into their final game against Ireland with a commanding haul of 17 log points or more.

While Wales are still in the race, they will face a tougher road to glory. After hosting the form team of the tournament, they will travel across the River Severn to battle their old foes at Twickenham.

Pivac’s charges could make a statement with a win against France this Saturday. The Welsh should also be hoping that England do them a favour by handing Ireland a first loss of the campaign at Twickenham.

Ireland won’t mind a Welsh win in Cardiff. If Farrell’s team wins in London, and then claims a try-scoring bonus point against Italy in Dublin, they will head into that last clash in Paris well placed to complete a Grand Slam.

Rassie Erasmus’ hour-long video is sure to divide opinions, but one way... END_OF_DOCUMENT_TOKEN_TO_BE_REPLACED

There needs to be a closer look at why South African players... END_OF_DOCUMENT_TOKEN_TO_BE_REPLACED

Performing in empty stadiums will be a key factor in the series... END_OF_DOCUMENT_TOKEN_TO_BE_REPLACED

SARugbymag.co.za identifies six of the best and worst foreign players to play... END_OF_DOCUMENT_TOKEN_TO_BE_REPLACED

As highlighted by the Argentina controversy, ‘cancel culture’ needs a spoonful of... END_OF_DOCUMENT_TOKEN_TO_BE_REPLACED

The problems at Western Province Rugby are layered, and everyone involved needs... END_OF_DOCUMENT_TOKEN_TO_BE_REPLACED

After a massive exodus of players the Vodacom Bulls will be eager... END_OF_DOCUMENT_TOKEN_TO_BE_REPLACED

For the Boks to emerge as World Cup winners, they need to... END_OF_DOCUMENT_TOKEN_TO_BE_REPLACED
VIEW MORE