In a rugby-crazed country, Saturday afternoon armchair experts will always offer an opinion – and rightly so. That is a fan’s right, right?

From player selection to key referee decisions, there has always been a lot of after-match commentary, especially now with social media providing such an easy platform.

When it comes to referees, it’s hard to miss which brand backs them – thanks to the bright green and purple kit that features on fields and television screens across South Africa. Here, they share the story of their relationship with the SA Rugby Referees and give us a glimpse into what is arguably one of the toughest jobs in the game.

In late 2015, OUTsurance became the proud, official partner to SA Rugby Referees, providing the necessary financial means to maintain and improve the extremely high standards required by the sport at a professional level, as well as to assist in developing referee talent. 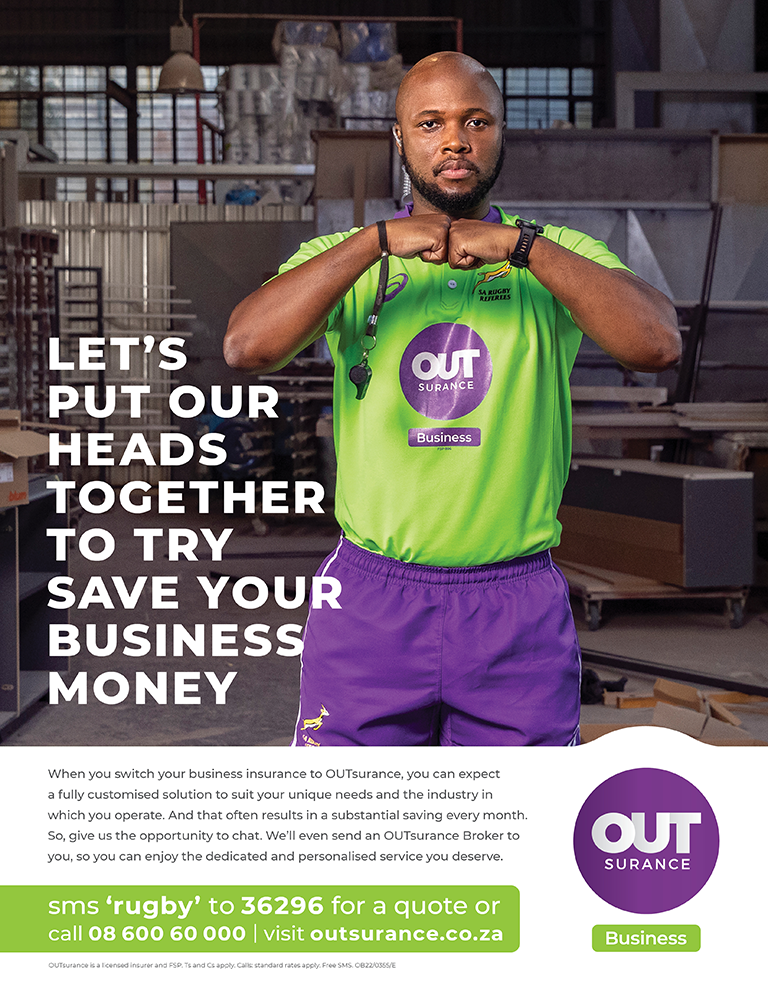 Speaking about the relationship, OUTsurance Chief Marketing Officer, Carl Louw, couldn’t be more delighted about their involvement in growing the game of rugby in South Africa.

“It’s been almost seven years since we partnered with SA Rugby and, to be honest, we haven’t looked back. We’re extremely passionate about the sport itself and understand the importance of keeping it fair for players, teams, coaches and unions, while making it as enjoyable as possible for all the fans out there. Through our continued support of the referees, we can assist SA Rugby in ensuring this vital balance. Best of all, we get to play a role in the discovery and development of all the youngsters who will be the rugby officials of tomorrow, because a portion of the sponsorship goes directly to referee coaching clinics and training programmes,” says Louw.

While the partnership started with the sponsorship of referees in the top competitions, such as Super Rugby, the Curry Cup and later in the United Rugby Championship, it has since grown, reaching Premier Division Club League matches and various primary and high-school rugby matches and tournaments. Within the last few years, the insurer has also become an associate sponsor of the Premier Interschools series, which features the most high-profile rugby rivalries from the top rugby-playing schools around South Africa.

Louw adds, “Overall, it’s a real privilege for us to be able to make a meaningful difference in rugby, at a relatively large scale.”

Banks Yantolo, SA Rugby Referee Manager, highlights the importance of the partnership, saying, “What you see on a weekend is the result of an incredible amount of hard work behind the scenes and we simply couldn’t do it all without the formal support we receive from OUTsurance. For starters, there’s the continuous referee training to ensure official rugby laws are understood, interpreted and implemented correctly – particularly at the professional level, where careers are at stake. Over and above that, there’s obviously the general referee management and, of course, all the logistics involved in getting them onto the actual field. We’re also able to initiate and enhance various development programmes on the ground, ensuring rugby creates even more livelihoods in the future.”

It’s also behind the scenes where a lot of insight is gained, according to Louw.

He continues, “Our team has had the pleasure of spending a lot of time with the very best SA Rugby Referees, because we often feature them in our OUTsurance Business advertising campaigns. They’re always energised and enjoy the wacky things we make them do in front of the camera.

“Through the shooting process over the years, we’ve really got to know the likes of Jaco Peyper, Marius van der Westhuizen, Cwengile ‘JD’ Jadezweni, Rasta Rashivenge, Egon Seconds and Aimee Barret-Theron very well. And we absolutely love hearing the incredible stories from the field – from all the big game-deciding moments to comical situations not always caught by the camera or audio equipment on the field. My personal favourite is Aimee telling us that big, burly players sometimes call her ‘Mrs. Ref’ on the field!

“But, apart from their incredible humility, work ethic and professionalism, the thing that astonishes us the most is their athletic ability. More often than not, they’re running many kilometres more than any of the actual rugby players in a match. And to do that, while staying focused to make hundreds, if not thousands, of decisions… it’s just physically incredible and something fans don’t necessarily appreciate.

“Without exception, they all display a sheer love for the game and relish the opportunities they’re given. There’s no doubt, it’s a very tough job. If you think about it, half of the spectators will always be unhappy with a decision, regardless of what it is. And even though refs do sometimes receive negative feedback, often undue, they take it in their stride, seeing it as an opportunity to grow and learn. We have an immense amount of respect for them and acknowledge that it’s way more than a career. It’s a real labour of love for rugby.”

Louw points out another highlight that comes with the partnership. Annually, an OUTsurance Referee of the Year Award is announced as part of the SA Rugby Awards, and Aimee Barrett-Theron is the current title holder, her second time winning the accolade.

“Just as we celebrate the greatest players in the game, it’s important to recognise the amazing work our referees do on the field,” says Louw. “Aimee’s story is an inspiring one and we’ve absolutely loved watching her career so far. While she was a wonderful Springbok 15s and South African 7s player, participating in a women’s World Cup for each code, we can’t help but feel like she was destined to be a referee. In 2020, she made history by being the first woman to referee a top-level, 15-a-side match in SA when she officiated the Super Rugby Unlocked Bulls-Pumas game in the final round. She then went on to become the first woman to referee a United Rugby Championship game when she officiated the Benetton-Ospreys clash. She always does a great job, bringing a distinct, no-nonsense personality (complete with apt quips) to the game. And, surprisingly, she still somehow finds the time to work as a biokineticist off the field.

“OUTsurance wishes Aimee and all the other referees in the SA Rugby setup the very best of luck. We look forward to strengthening our relationship even further, while celebrating all your great performances. And, we look forward to seeing even more exciting talent come into the fold.”

The Springboks lived up to their world champion status with a compelling... END_OF_DOCUMENT_TOKEN_TO_BE_REPLACED

Women’s rugby should not be sacrificed at the altar of ‘inclusivity’, writes... END_OF_DOCUMENT_TOKEN_TO_BE_REPLACED

The rivalry between the Springboks and All Blacks will enter unfamiliar territory... END_OF_DOCUMENT_TOKEN_TO_BE_REPLACED

Kurt-Lee Arendse ticks all the right boxes to replace the injured Cheslin... END_OF_DOCUMENT_TOKEN_TO_BE_REPLACED

Rassie Erasmus has made the most calculated of public job applications to... END_OF_DOCUMENT_TOKEN_TO_BE_REPLACED

Cheslin Kolbe’s big-money move to Toulon should be welcomed as a massive... END_OF_DOCUMENT_TOKEN_TO_BE_REPLACED

The opportunity to play against the All Blacks is a career highlight... END_OF_DOCUMENT_TOKEN_TO_BE_REPLACED

SARugbymag.co.za identifies six of the best and worst foreign players to play... END_OF_DOCUMENT_TOKEN_TO_BE_REPLACED

As highlighted by the Argentina controversy, ‘cancel culture’ needs a spoonful of... END_OF_DOCUMENT_TOKEN_TO_BE_REPLACED

The problems at Western Province Rugby are layered, and everyone involved needs... END_OF_DOCUMENT_TOKEN_TO_BE_REPLACED

After a massive exodus of players the Vodacom Bulls will be eager... END_OF_DOCUMENT_TOKEN_TO_BE_REPLACED

For the Boks to emerge as World Cup winners, they need to... END_OF_DOCUMENT_TOKEN_TO_BE_REPLACED
VIEW MORE 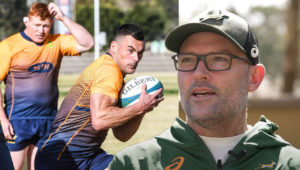