*Disclaimer: I’m in no way averse to the appointment of Jacques Nienaber as head coach of the Springboks.

Rassie Erasmus’ decision to step down as Springbok coach after a successful World Cup campaign means that the head coach role has to be filled for a third time in just over four years. And if the rumour mill is anything to go by, Nienaber and Deon Davids are the frontrunners.

Davids was recently sacked by the Kings and replaced by Robbi Kempson. But that’s a subject matter we’ll reserve for another day.

Davids previously headed up Boland Kavaliers, the South African Students, the Eagles, Golden Lions and UWC before taking charge of the Kings. The common denominator here is that these are all minnow teams. And yet, under his reign teams have developed a trademark attacking edge.

By contrast, it’s common knowledge that Nienaber is a defence guru and that his return to the Bok set-up was key to the team’s fairytale run over the past 20 months. For all his expertise, though, Nienaber has never in his life worked as a head coach.

No other tier one nation would consider appointing someone as head coach when he hasn’t occupied the same position at franchise/club level. Don’t get me wrong, Nienaber is as well-travelled and experienced as Davids. But the fact remains he has never – in his own right – been responsible for the overall functioning and performance of any team.

Throughout Erasmus’ tenure, Davids has linked up with national team on a regular basis, so it’s fair to assume he is regarded as a valuable addition to the Springboks’ management staff and someone who can make a valuable contribution to the teams going forward.

It would’t be a bad call to insert Davids as head coach, while retaining the services of Nienaber, Mzwandile Stick and Matt Proudfoot in their specialised assistant coaching roles.

It would make for a seamless transition, while also rewarding all the relevant parties for their contribution and loyalty to South African rugby in general.

SA Rugby president Mark Alexander has confirmed that the new coach will be named by the end of the year. Whether the pendulum swings in Davids or Nienaber’s favour, there really won’t be a wrong choice.

Nienaber famously goes back a long way with Erasmus, with the two having met during their days in the army. There is quite clearly a strong bond between Nienaber and Erasmus, who have since worked together at the Springboks, Stormers and Munster, something which would make the transition and succession much easier.

During the 2019 World Cup, Erasmus credited Nienaber for the role that the assistant coach played in reviving Springbok rugby over the past 18 months. The physiotherapist-turned-defence-guru may be in charge of organising the Springboks defensive lines, but his influence on the team definitely stretches beyond that.

There is still a justifiable question over how Nienaber would cope in a head coaching role, something he is yet to experience and definitely brings its own off-field challenges. Admittedly, that is something Davids has over Nienaber, given his stints at Border and the Southern Kings.

For the record, I am in no way against Davids taking over as Bok coach. In fact, I do think that Davids coped remarkably well with few resources at the Kings and it would be great to see what he could do as a Test coach.

Nevertheless, this is a transition that Nienaber can make, especially with Erasmus dealing with the off-field issues in his capacity as director of rugby.

ALSO READ: Bok coach to be named before new year

Let attacking prowess decide the outcome of a crunch tie rather than... END_OF_DOCUMENT_TOKEN_TO_BE_REPLACED

With Cobus Reinach ruled out of the upcoming series against Wales, DYLAN JACK... END_OF_DOCUMENT_TOKEN_TO_BE_REPLACED

The selflessness of Ruan Pienaar and Frans Steyn at the Cheetahs should... END_OF_DOCUMENT_TOKEN_TO_BE_REPLACED

Rassie Erasmus has made the most calculated of public job applications to... END_OF_DOCUMENT_TOKEN_TO_BE_REPLACED

Cheslin Kolbe’s big-money move to Toulon should be welcomed as a massive... END_OF_DOCUMENT_TOKEN_TO_BE_REPLACED

The opportunity to play against the All Blacks is a career highlight... END_OF_DOCUMENT_TOKEN_TO_BE_REPLACED

SARugbymag.co.za identifies six of the best and worst foreign players to play... END_OF_DOCUMENT_TOKEN_TO_BE_REPLACED

As highlighted by the Argentina controversy, ‘cancel culture’ needs a spoonful of... END_OF_DOCUMENT_TOKEN_TO_BE_REPLACED

The problems at Western Province Rugby are layered, and everyone involved needs... END_OF_DOCUMENT_TOKEN_TO_BE_REPLACED

After a massive exodus of players the Vodacom Bulls will be eager... END_OF_DOCUMENT_TOKEN_TO_BE_REPLACED

For the Boks to emerge as World Cup winners, they need to... END_OF_DOCUMENT_TOKEN_TO_BE_REPLACED
VIEW MORE 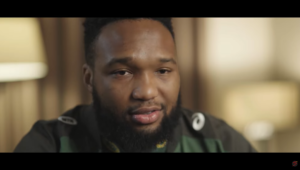