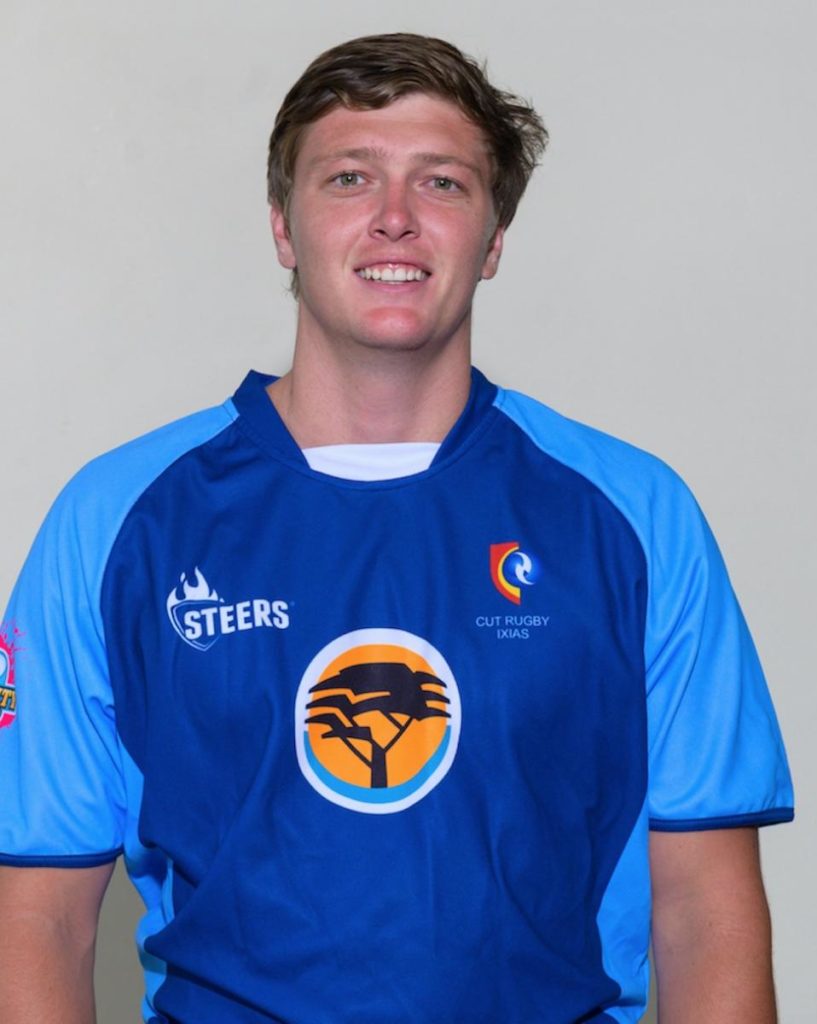 Williams starred for a much-improved CUT side that recorded its highest-ever finish in the Varsity Cup last year (fifth).

The gifted flyhalf represented Griquas at provincial level throughout his school career. Since then, Williams has turned out for CUT in the Varsity Cup and for Free State in the junior provincial tournaments.

“Charles is one of the key drivers of our gameplan,” said CUT coach Braam van Straaten. “He had a big season in 2021, and we’re expecting more of the same as we push for a place in the playoffs in 2022.” 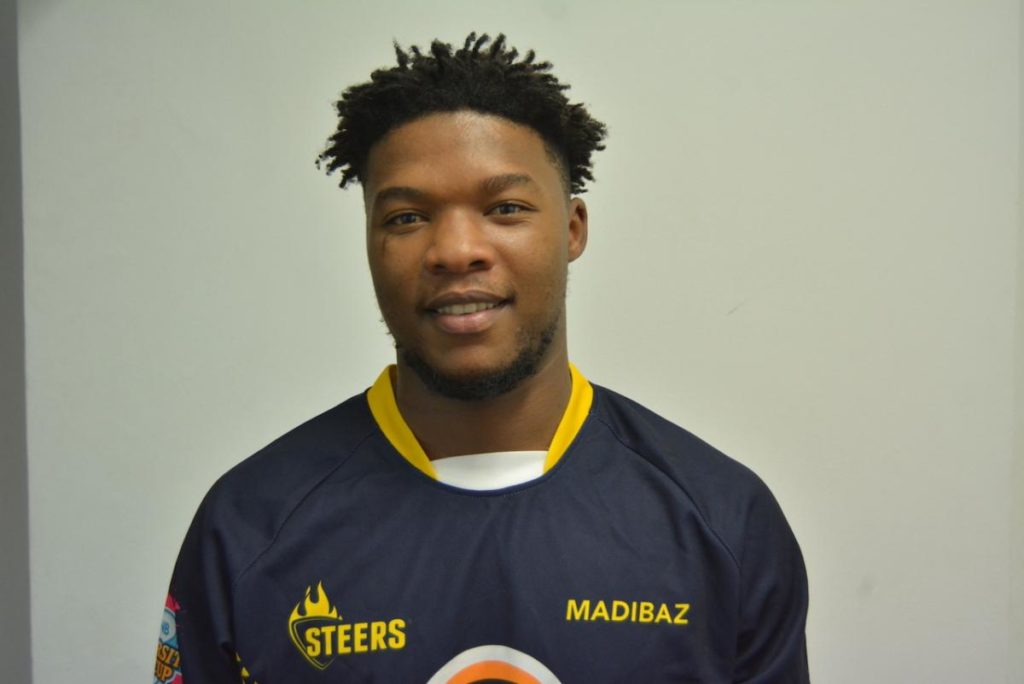 Holster represented the SA U18 Academy side and has gone on to play for Eastern Province at U21 and senior Currie Cup levels.

The Madibaz will look to the powerfully built centre to inspire them across another challenging 2022 season. The Port Elizabeth-based team, which finished last in the tournament in 2021, faces a fight to avoid relegation.

“Lennox is an exciting player who will have a big role to play,” coach David Manuel said. “I believe that he has the potential to go far in this game.” 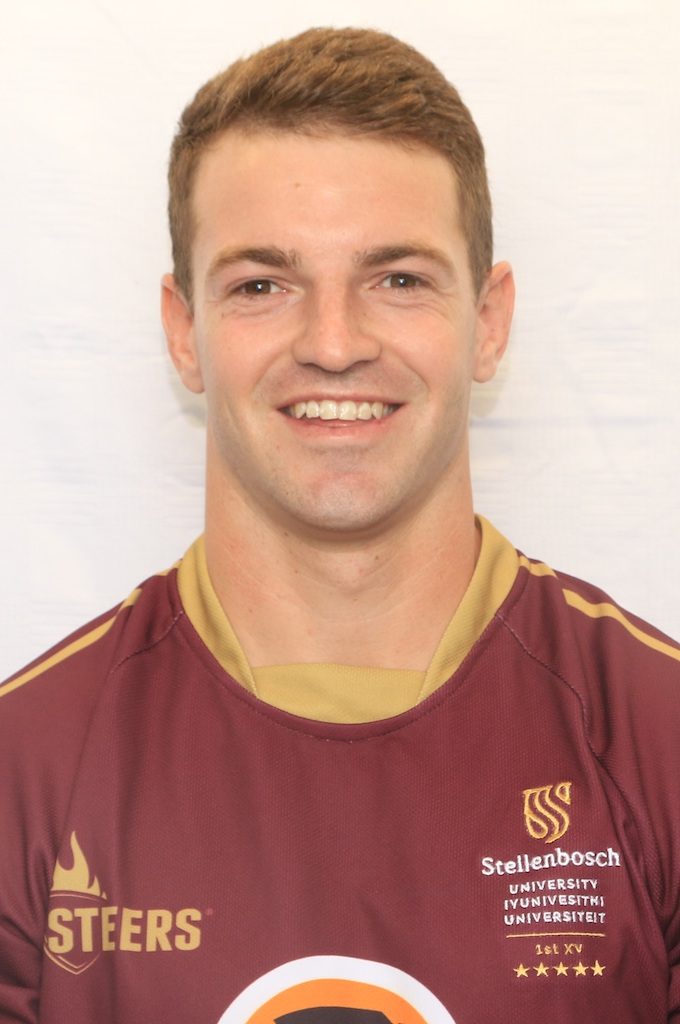 Van der Bank represented Boland at the U18 Craven Week and Western Province at U19 level before progressing into the semi-professional ranks. He’s been one of Maties’ standout players in recent years.

The 25-year-old flyhalf will lead the team in what will be his final campaign for the university.

“He’ll definitely be one to watch,” confirmed Maties coach Norman Jordaan. “We’ve lost a lot of senior players since last year, but ‘Bankies’ is an inspirational figure within the set-up, and we’re confident about what he can do as the leader of a younger yet talented group of players.” 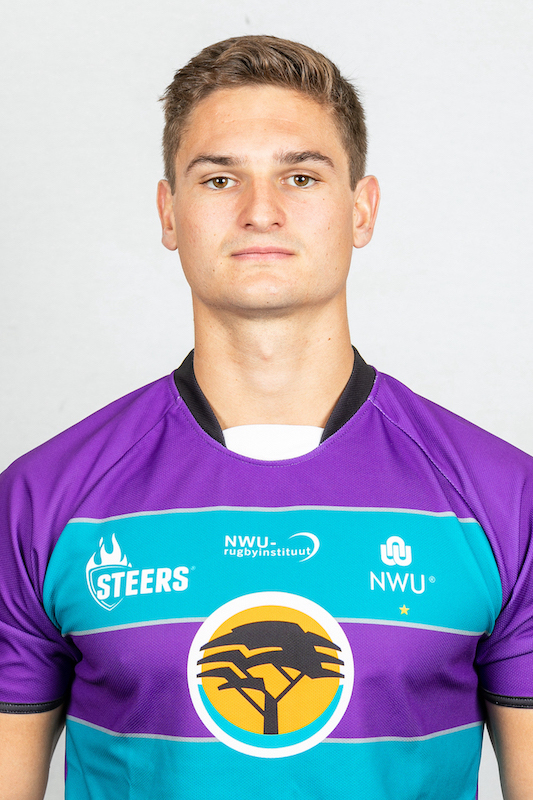 Bertram has impressed a lot of rugby people since moving from the Eastern Cape to North West. Apart from representing the NWU Eagles, the 22-year-old has played for the Leopards in the Currie Cup First Division.

The tall, powerful blindside flank will be one of the Eagles’ go-to men in 2022.

“It’s going to be a big year for Heinz, and I wouldn’t be surprised if he goes on to bigger things in future,” predicted former Springbok flyhalf Andre Pretorius, the current Eagles coach. 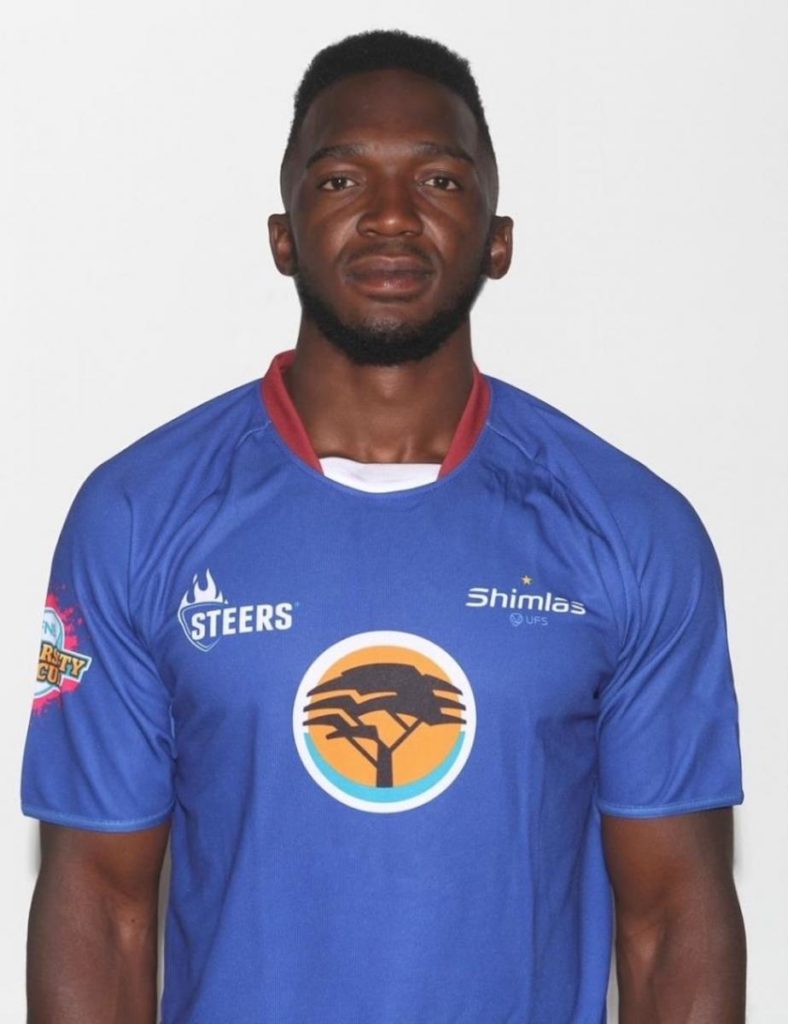 Mahlasi made his mark for the Valke at the U18 Craven Week in 2018. After joining the Free State academy, he progressed through the Cheetahs junior ranks while also producing a series of industrious performances for Shimlas.

After serving as vice-captain at the university in 2021, Mahlasi will lead the team in 2022 as they look to implement a new and exciting approach.

“Thabang is a strong and versatile player, who can slot in at blindside flank or lock as required,” Shimlas coach Andre Tredoux said. “He sets very high standards for himself, and for the team.” 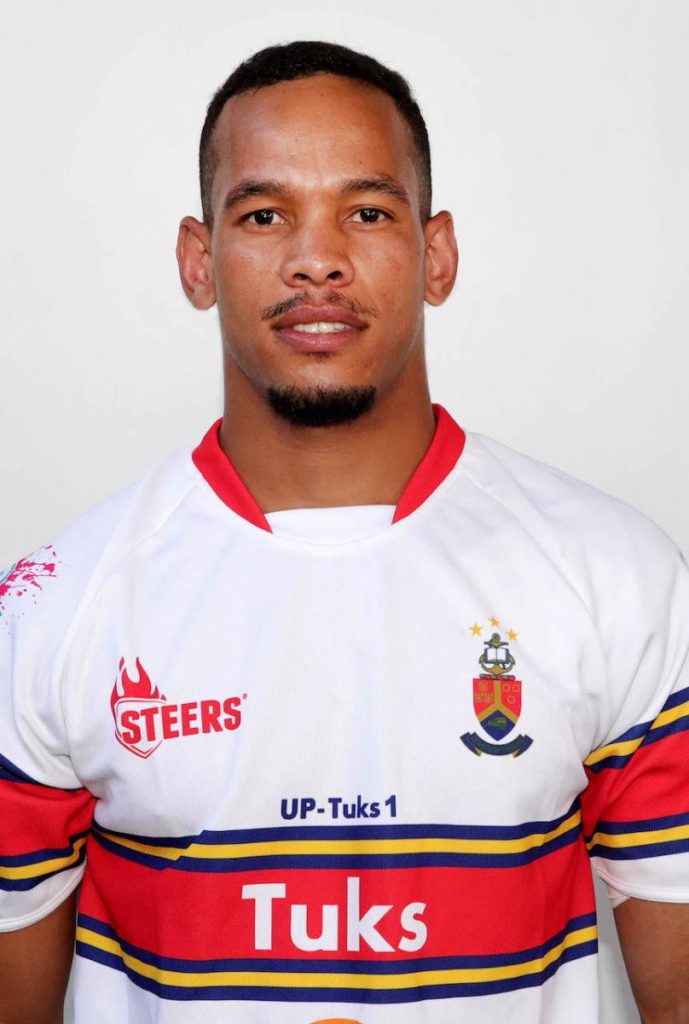 Daniels dazzled for the Blue Bulls at Craven Week level, and was selected for the SA U18 Academy side. Last year, Daniels captained the NWU Eagles to the semi-finals of the Varsity Cup. He went on to win the Currie Cup First Division title with the Leopards.

Daniels’ exploits across the 2021 season did not go unnoticed. UP-Tuks, who won the 2021 Varsity Cup, have recruited the elusive centre ahead of their 2022 campaign. 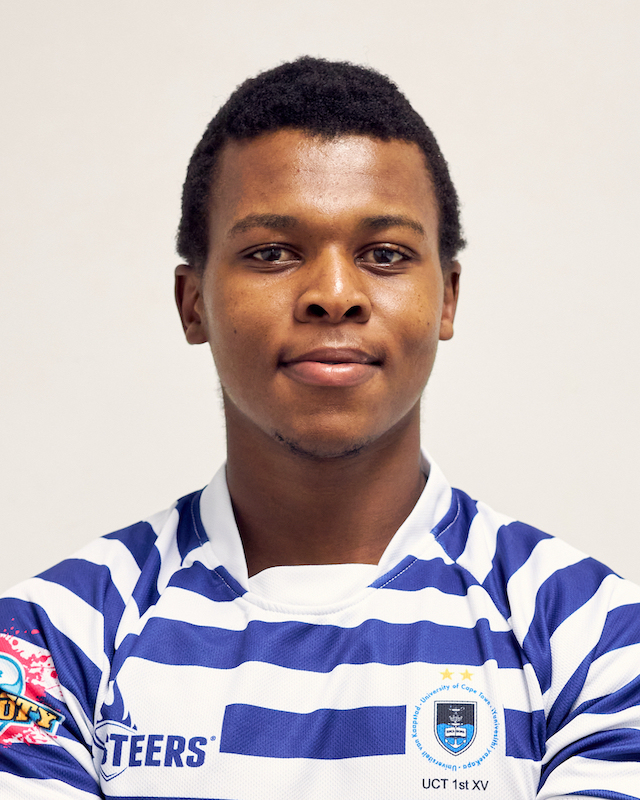 Gazi proved one of the most dangerous attacking players in the 2021 edition of the Varsity Cup. The fullback scored two tries in the final, although his efforts weren’t enough to spare UCT a gutting 34-27 loss to UP-Tuks.

The Ikeys will continue to favour a balanced approach in 2022, and Gazi – playing in his final season for the university – will be one of their key men.

“He reads the game so well,” said UCT coach Tom Dawson-Squibb. “We’ll be looking to harness his vision and quick feet on attack.” 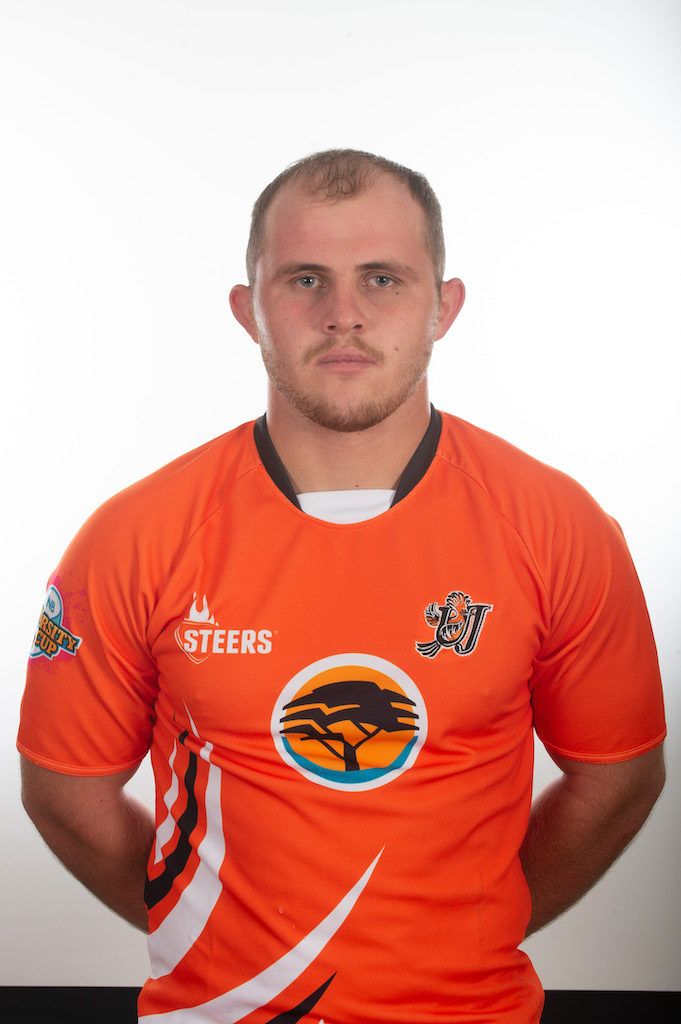 Terblanche represented Griqualand West County Districts at the 2016 Craven Week before getting the chance to play for Free State in the junior provincial tournaments.

Last year, the openside flank starred for an impressive CUT side that upset a few of the more fancied teams in the Varsity Cup. On the back of those performances, Terblanche was recruited by UJ and given the opportunity to co-captain the club in 2022.

“We lost three or four senior players after last season, so players like Johannes will need to fill the gap,” said UJ coach Jonathan Mokuena. “He was excellent for CUT last year, and I’m excited to see what he can do for us this season, particularly around the breakdown.” 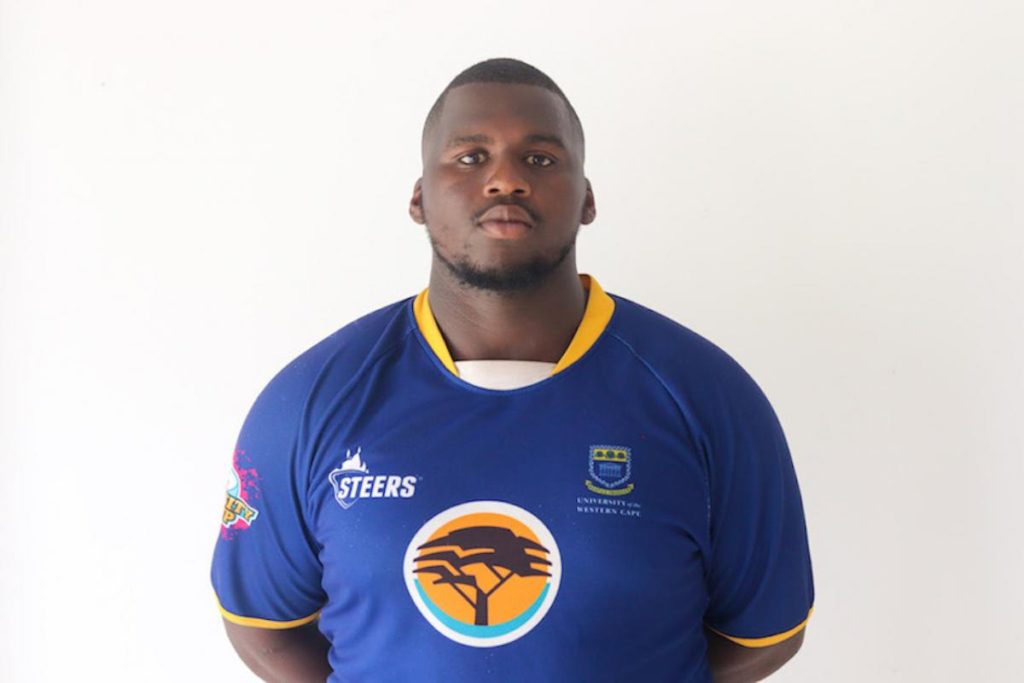 Vokozela represented Western Province at the U16 and U18 provincial tournaments before gaining selection for SA Schools.

Vokozela – nicknamed ‘Rhino’ – proved his worth for UWC across a unique and demanding 2021 season, and also made an impact for the WP U20 side in the junior provincial championship.

The 2022 campaign may well be his biggest yet.

“Lukhanyo is a really exciting prospect and will have a key role to play for us, at the set piece and around the park,” UWC coach Paul Treu said of the 20-year-old hooker. 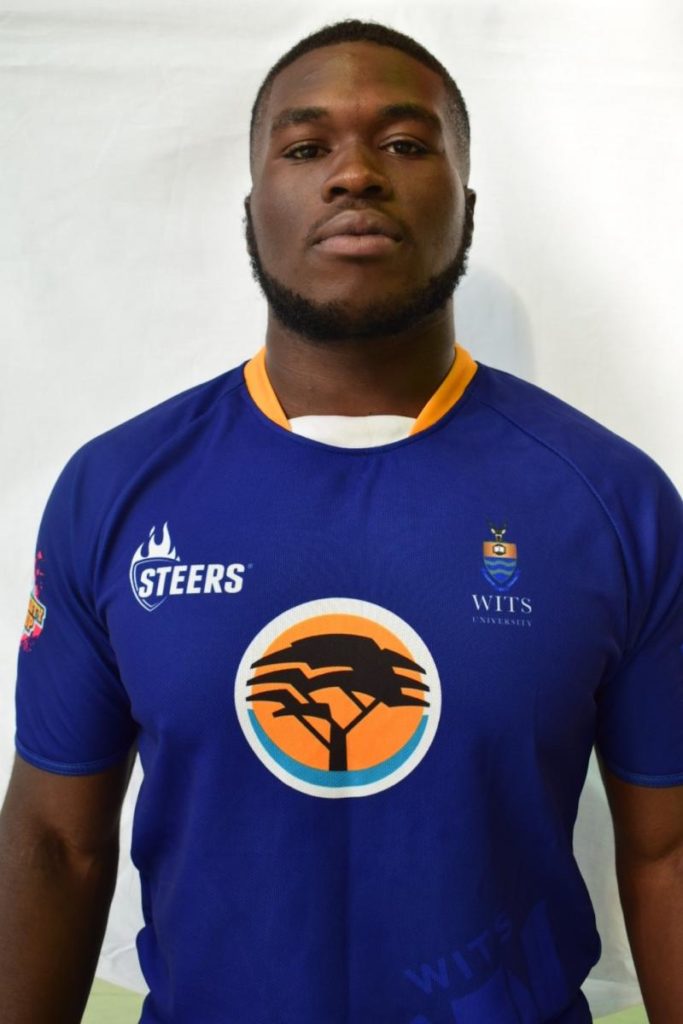 Buma progressed through the Golden Lions provincial ranks and was ultimately selected for the SA U18 Academy team. Since leaving school, he has featured prominently for the Lions in the junior provincial championships.

Wits coach Hugo van As expects the multi-talented loosehead prop to have a big impact in the 2022 Varsity Cup.

“It’s a new era for us, with a host of superstars moving on after the 2021 season. However, we are excited to see what Ebot – who will lead the side – and the next generation of players can achieve.”

By Jon Cardinelli for Varsity Cup

Jake White is a World Cup winner, but he reacted to defeat... END_OF_DOCUMENT_TOKEN_TO_BE_REPLACED

The 2022 Currie Cup final being decided by the country’s smaller unions... END_OF_DOCUMENT_TOKEN_TO_BE_REPLACED

Damian Willemse and Frans Steyn won't play in the first Test between... END_OF_DOCUMENT_TOKEN_TO_BE_REPLACED

Jesse Kriel's experience and versatility make him a big asset for the... END_OF_DOCUMENT_TOKEN_TO_BE_REPLACED

Rassie Erasmus has made the most calculated of public job applications to... END_OF_DOCUMENT_TOKEN_TO_BE_REPLACED

Cheslin Kolbe’s big-money move to Toulon should be welcomed as a massive... END_OF_DOCUMENT_TOKEN_TO_BE_REPLACED

The opportunity to play against the All Blacks is a career highlight... END_OF_DOCUMENT_TOKEN_TO_BE_REPLACED

SARugbymag.co.za identifies six of the best and worst foreign players to play... END_OF_DOCUMENT_TOKEN_TO_BE_REPLACED

As highlighted by the Argentina controversy, ‘cancel culture’ needs a spoonful of... END_OF_DOCUMENT_TOKEN_TO_BE_REPLACED

The problems at Western Province Rugby are layered, and everyone involved needs... END_OF_DOCUMENT_TOKEN_TO_BE_REPLACED

After a massive exodus of players the Vodacom Bulls will be eager... END_OF_DOCUMENT_TOKEN_TO_BE_REPLACED

For the Boks to emerge as World Cup winners, they need to... END_OF_DOCUMENT_TOKEN_TO_BE_REPLACED