Holders Toulouse beat Munster on Saturday to reach the semi-finals of the European Champions Cup, and will face four-time European champions Leinster for a place in the competition’s finale.

Meanwhile, La Rochelle eased past Montpellier 31-19 and now await the winners of Sunday’s quarter-final between Racing 92 and Sale Sharks.

La Rochelle dominated the first half but Montpellier were able to work their way back into the game in the second, resulting in a narrow loss for the visitors after scores from Henry Thomas, Yvan Reilhac and Zach Mercer.

At the Aviva Stadium in Dublin, Toulouse fought back to draw 24-24 against Munster to set up the second penalty shootout in the competition’s 27-year history.

The crowd groaned as Conor Murray missed once and Ben Healy twice, while Toulouse landed their first four kicks. In the previous shootout, Leicester Tigers beat Cardiff in the 2009 last four.

“Against a great team, we’re going to keep the memory of what we did here, it’s powerful,” Toulouse fullback Thomas Ramos said.

“It was a crazy match, with an unusual finish, we kept our heads better than them. We found it hard today, but we’re still in it.”

In the 19th quarter-final for both clubs, Alex Kendellen powered over to give Munster an early lead but France flyhalf Romain Ntamack responded after 12 minutes. Just before the half-hour, Les Bleus winger Matthis Lebel strolled over in the corner following a dominant scrum by the visitors.

Ireland flyhalf Joey Carbery missed a 34th-minute penalty before atoning by setting up Keith Earls and converting the try to make the score 14-14 at the interval.

Carbery missed a penalty but fullback Mike Haley crossed after just four minutes of the second half.

Things got worse for Toulouse with half an hour left. Ireland winger Simon Zebo was tip-tackled late by Rory Arnold, who was shown a yellow card.

With Wallabies lock Arnold off, Carbery extended Munster’s advantage to 10 points with a little over 20 minutes of regular time to play.

Ramos kicked the simple conversion to silence the crowd and set up a tense final 10 minutes with Toulouse trailing 24-21. Fullback Ramos then brought the teams level with a 75th-minute penalty before Healy just missed a long-range effort with the clock in the red to send the game into two 10-minute halves of extra time.

As the players started to tire, and nerves, on and off the field, frayed, Healy and Ramos missed drop goals before Healy sent a late attempt wide to send the game into a penalty shootout.

Healy missed his two efforts either side of Murray’s failed attempt, sending Toulouse, faultless with their four kicks, through to a fourth semi-final in as many years.

Leinster withstood a second-half fightback to beat Leicester 23-14 at Welford Road as they clinically blew the hosts away in the first half with Josh van der Flier and Robbie Henshaw both scoring.

Tigers hit back after the break and Chris Ashton crossed in the corner to give hope to the Welford Road faithful. Nic Dolly added a second late on but it is Leinster who will face defending champions Toulouse in the last four.

The decision to rush Jordan Hendrikse into the squad for this weekend's... END_OF_DOCUMENT_TOKEN_TO_BE_REPLACED

A lack of time on the paddock for the Springbok back three... END_OF_DOCUMENT_TOKEN_TO_BE_REPLACED

Let attacking prowess decide the outcome of a crunch tie rather than... END_OF_DOCUMENT_TOKEN_TO_BE_REPLACED

Rassie Erasmus has made the most calculated of public job applications to... END_OF_DOCUMENT_TOKEN_TO_BE_REPLACED

Cheslin Kolbe’s big-money move to Toulon should be welcomed as a massive... END_OF_DOCUMENT_TOKEN_TO_BE_REPLACED

The opportunity to play against the All Blacks is a career highlight... END_OF_DOCUMENT_TOKEN_TO_BE_REPLACED

SARugbymag.co.za identifies six of the best and worst foreign players to play... END_OF_DOCUMENT_TOKEN_TO_BE_REPLACED

As highlighted by the Argentina controversy, ‘cancel culture’ needs a spoonful of... END_OF_DOCUMENT_TOKEN_TO_BE_REPLACED

The problems at Western Province Rugby are layered, and everyone involved needs... END_OF_DOCUMENT_TOKEN_TO_BE_REPLACED

After a massive exodus of players the Vodacom Bulls will be eager... END_OF_DOCUMENT_TOKEN_TO_BE_REPLACED

For the Boks to emerge as World Cup winners, they need to... END_OF_DOCUMENT_TOKEN_TO_BE_REPLACED
VIEW MORE 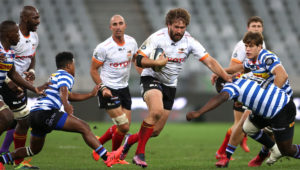